Here’s growth in our front garden, starting 10 years ago. 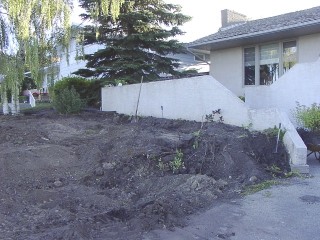 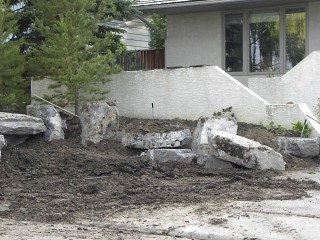 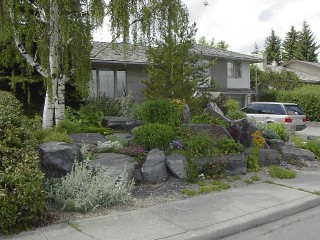 This is a photo taken later in 2004 after I did some tile work on the house. You can see how much the garden grew over the summer. 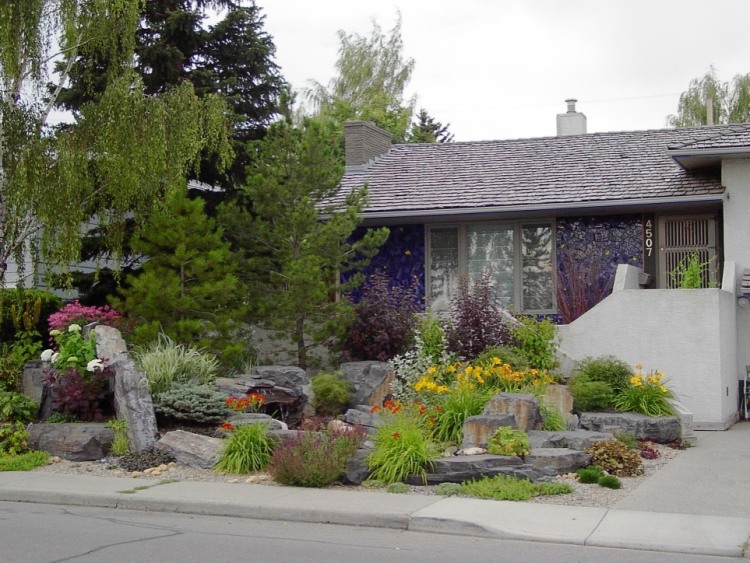 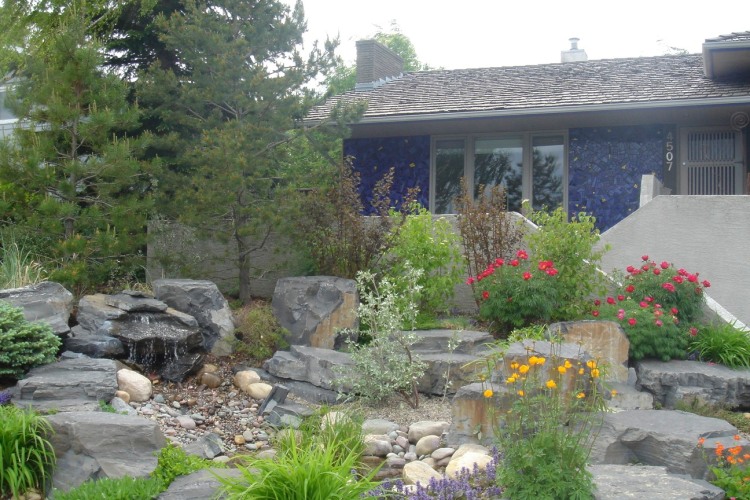 And moving along to 2006 when I added a little more tile to the house.

This was last year, when the wolf willows were in desperate need of a trim. They grow so quickly that they need trimming several times each summer. I planted these to replace a weeping caragana that didn’t survive a second winter. I was glad to replace it because I thought it looked “artificial” and out-of-place. I did not realize that the wolf willow I planted would go insane because they are growing next to a small pond, and they seem to LOVE being near the water. They love it so much that they are continually sending up suckers throughout the rest of the yard. If you read the attached link, it tells you that wolf willows like dry sandbars. Apparently my wolf willows did not get that memo.

I went outside to capture the garden now. I like it best in the spring when the Japanese peonies are blooming, but that’s a frustratingly short time frame. Some of the plant varieties that I put in 10 years ago are gone. It’s survival of the fittest around here, as I seem to spend less and less time on yard work. Hooray for perennials! I’ve also adopted a more relaxed attitude towards dandelions. The city no longer sprays pesticides (which is a good thing) but we live across from a large city park where the dandelions flourish (which is not such a good thing.) I’ve decided it you can’t beat them, join them and accept the odd yellow bloom. After all, I did love them when I was a kid.

Things have certainly grown around here – plants, tiles, cars on the driveway…